As part of our review for Order of Operations, we planned relay races for them.

When they came in the room, it looked like this: 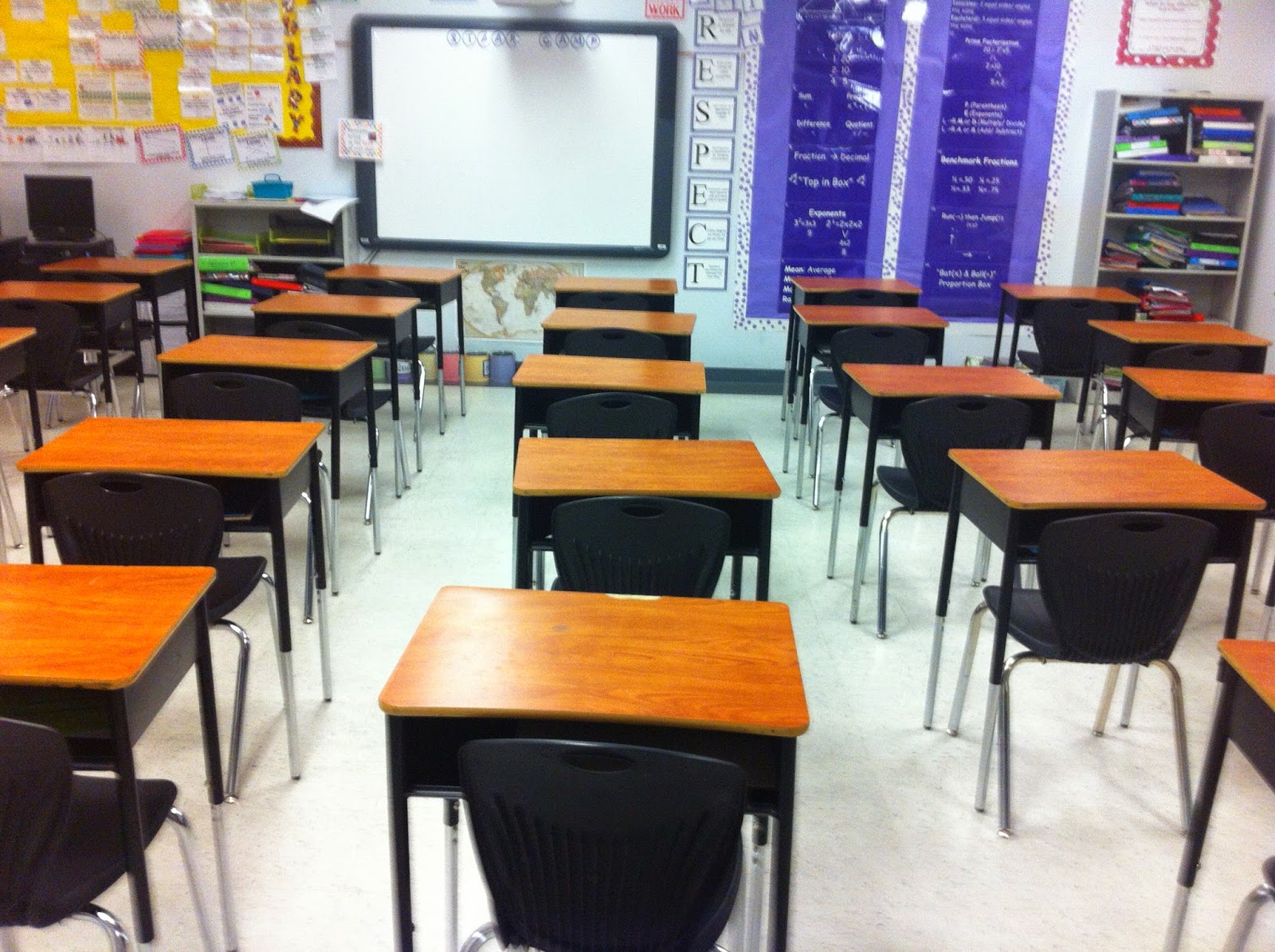 They all thought we were testing. I thought that was kind of funny actually.

Anyway. Students were given a strip of paper with an equation on it.

The first person in the row worked the equation. They gave their answer to the person sitting behind them.

The equation the second person had included a variable. Students had to replace the variable with the answer given from the person in front of them.

This continued until the fifth person got a final answer. They had to raise their hand, I checked the final answer and told them whether it was correct or not.

If it wasn't, they had to find where the mistake happened. At this point, the five students in the group could work together.

This is an example of what an entire problem looked like. 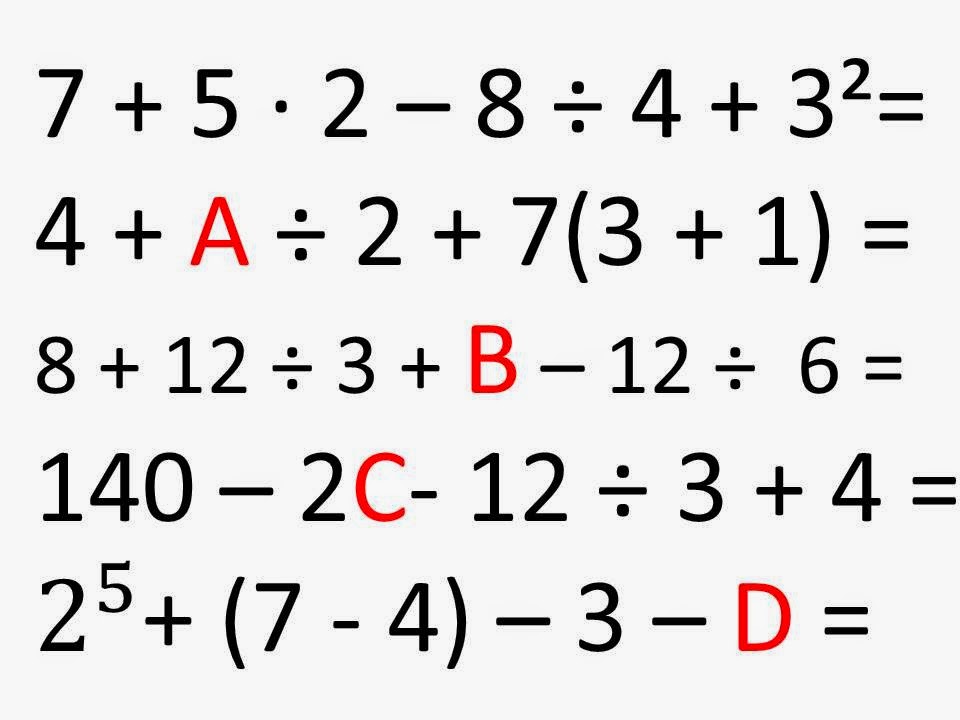 I copied them on colored paper. Cut them into strips and students worked the problem on the desk with dry erase markers. 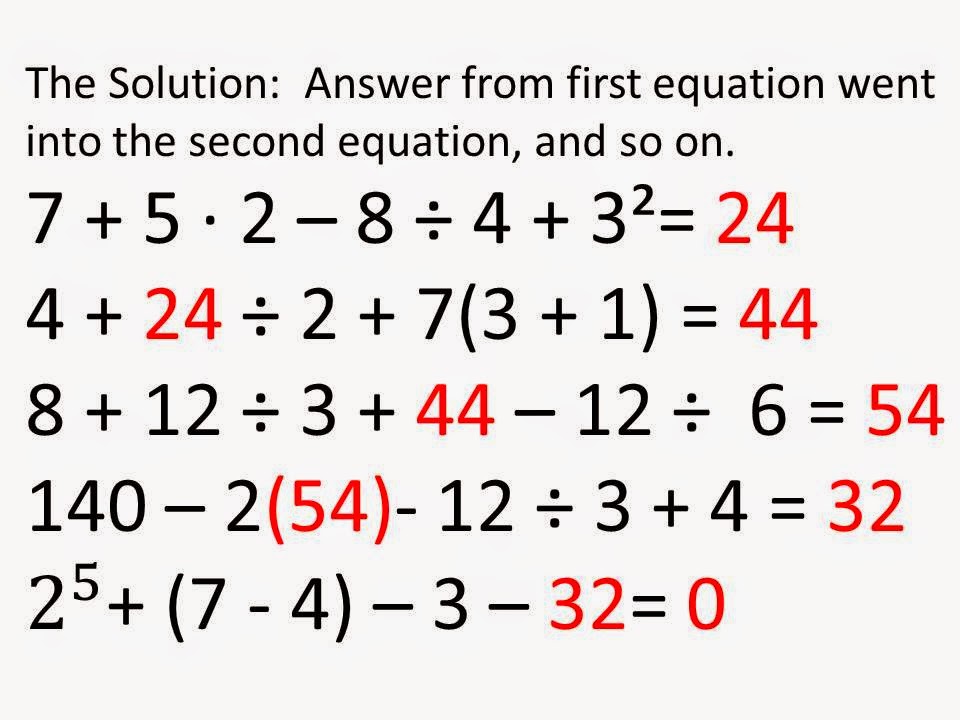 I am hoping I have explained this well and that this photo helps explain it even better.
Students caught on really quickly.

It was an absolute blast. All day long the students were saying how much fun it was. They were teaching each other, explaining the "rules" of PEMDAS and trying to recall that multiplication and division & addition and subtraction happen left to right in order of the equation, not  the order of the letters in PEMDAS... why are we still using this, it confuses them?!?!

It was fun, it was active, students were engaged and motivated.

The downsides were that some kids had to wait and depending on the level of the student in front of them, they had to wait a long time. If they happened to be in the back two rows and were "bright" students, they did get frustrated if another student was slowing them down.

Once a team got the correct answer, they also just waited. That was my fault. I should have just given them the next problem and they could have kept practicing. It was just my poor planning. (live and learn)

We only got through 2 full problems in most of my classes. Students really want to play again though. I am definitely planning this activity again closer to the end of the year.

A little friendly competition and they were learning; a great combination!

Be sure to visit Joanne at Head Over Heels for Teaching to see more motivating ideas. Link up and share yours too! 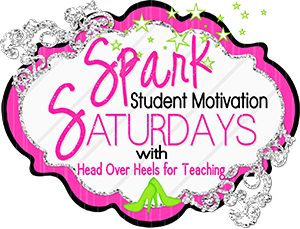 Posted by Elizabeth at 8:41 AM