Five for Friday, a Winter Edition 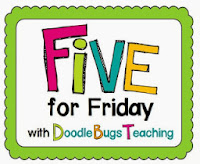 ONE
What a typical week in Texas it has been.

This week, I wore Capri pants and flip flops Monday-Wednesday. We had a high of I think 87 one of those days.

Yesterday, it was about 57 degrees when I went to work. When I left work though, it was 39 degrees!!!!

That is cold folks!

I was home for less than five minutes and I was changed and bundled up for the night. I had hoped for at the minimum a late start today, but it didn't happen. It did in the surrounding school districts though. That's like a stab in the back for us!!!

TWO
It's a perfect day for winter to hit though. There are some awesome Winter Freebies going on right now.
I will be honest though, I am bummed about most of them. I have six days with my students. The last three and a half days before break, we have semester exams. I am in full blown serious teaching mode. It is hard to be festive.

I want to be, I actually have a few things planned, but we also have a boring study guide they HAVE to do!!! This test is 10% of their entire semester grade!!!

This is the downside of teaching middle school for me.
Plus, I work at a low performing school and we are obsessed, I mean driven by data. It's hard not to get depressed and just count the days to the holiday!!!

But I did participate in the Cyber Monday and Tuesday and even shopped on Wednesday (LOL)
I did some festive stuff for my kids and necessities as well. It was fun!

THREE
Today I am testing. These days I actually get stuff done. I decided I was sick of all the clutter and junk that has accumulated over the past 15 weeks. So, I started cleaning. Oh my! It feels so good. It feels like it did when school started. I just needed to throw extra junk away and get organized again. I wish I had taken better before pictures, but I started throwing stuff out before I thought about posting. 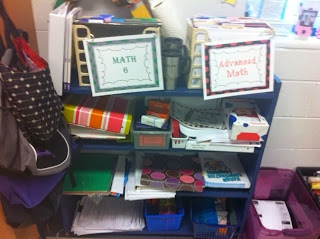 This is the area right behind my desk. Its just a junk magnet. 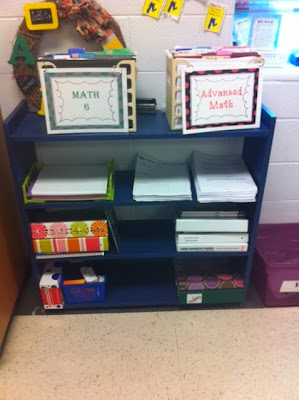 And now, it is organized! 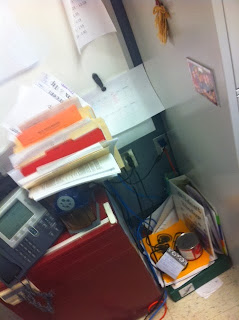 The area right next to my desk is ridiculous as well. This is embarrassing. 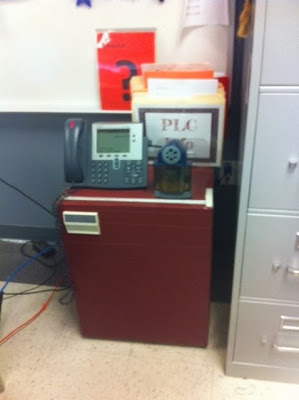 And now, it looks so much better! I even moved it a little. I wish I could hide the wires, but impossible. 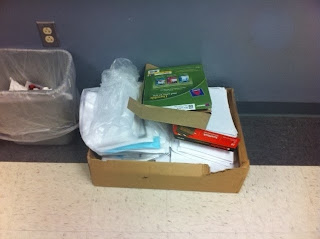 This box is deep... it is FULL of just extra papers I have collected since the beginning of school.
I wish I had taken a before of this area, it was the main reason for my cleaning mission. All the papers in the box above were just lying on top of those crates. It was nasty.
This was step one to the cleaning process, I liked it, but it still seemed cluttered. 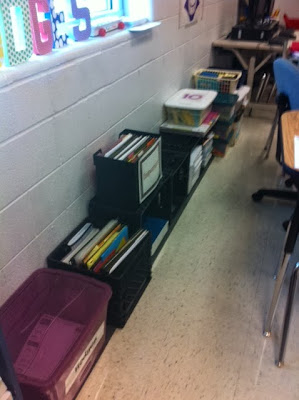 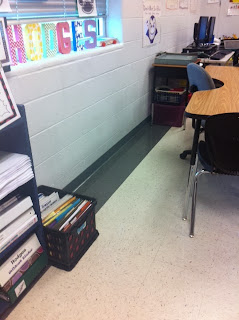 Then, I just got a bit obsessive and cleaned up a lot more! I love it now!

FOUR
We started Secret Santa here at school. I always join in on this. I love this kind of stuff. My secret Santa waited until today to share, but it was worth it. They know what a die hard Aggie I am! This is PERFECT!!! 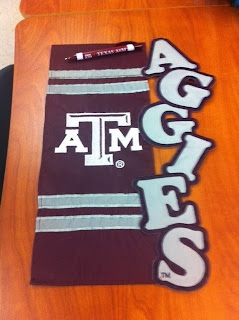 FIVE
Sadly, I must confirm that our beloved high school team was knocked out of the playoffs last week in the third round. It was so heart breaking. Yes, we made the trip. My boys were devastated. My four year old keeps saying they won. I guess when we don't go to another game, eventually he will get the concept that our season is over. It was fun while it lasted though.

Posted by Elizabeth at 3:12 PM

Email ThisBlogThis!Share to TwitterShare to FacebookShare to Pinterest
Labels: five for Friday