I know, second post of the day... and second, no third linky of the day. 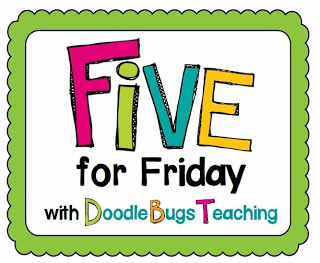 1. I mentioned in my "high/low" post that Monday was my birthday. Since it was on a Monday, it meant a busy day. But, I did enjoy a night out with my hubby over the weekend. It was so fun. I love how young at heart he is and he keeps me the same way.

2. Found a new link this week. It's Tried it Tuesday from Fourth Grade Flipper. Think about linking up next Tuesday. It is pretty cool! 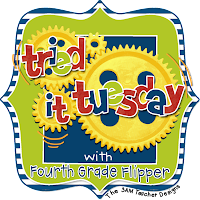 3. I copied-catted a lesson I found online last summer. Been waiting all year to do this. It was combinations using potato heads. I will definitely be posting about this next week on Tried it Tuesday! Here's a tease picture. 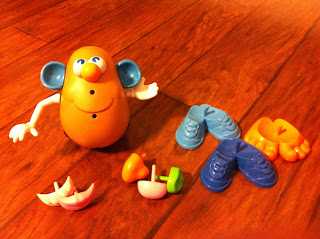 ﻿ ﻿
4. Went to pre-school sons Easter Egg hunt yesterday after work. It was loads of fun! He was hesitant at first, but once his older brother got involved, he was into it.


5. Had to brave the traffic downtown in the big city round here, and I am not being sarcastic. I hate it more than life itself. But, my hubby and I are running in the Electric 5k tomorrow night and it was packet pick up time. I also spend most of the day hunting glow in the dark stuff. Of course, I found tons of other fun stuff at Michael's and Party City. Man, those places are dangerous!!! I am sure the Electric Run will be part of next week's Five for Friday! 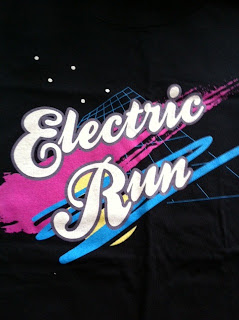 Have a great Easter weekend!
Posted by Elizabeth at 6:49 PM