This is the perfect weekend for making predictions!

First, my students did the Super Bowl Math I created this week. It ended up being a homework assignment.

We did go over it and talk football. That was great for some of them and miserable for others. I love football and after this weekend, I will be lost until baseball season starts.

Students predicted who they think will win the Super Bowl. Here's our classroom chart. 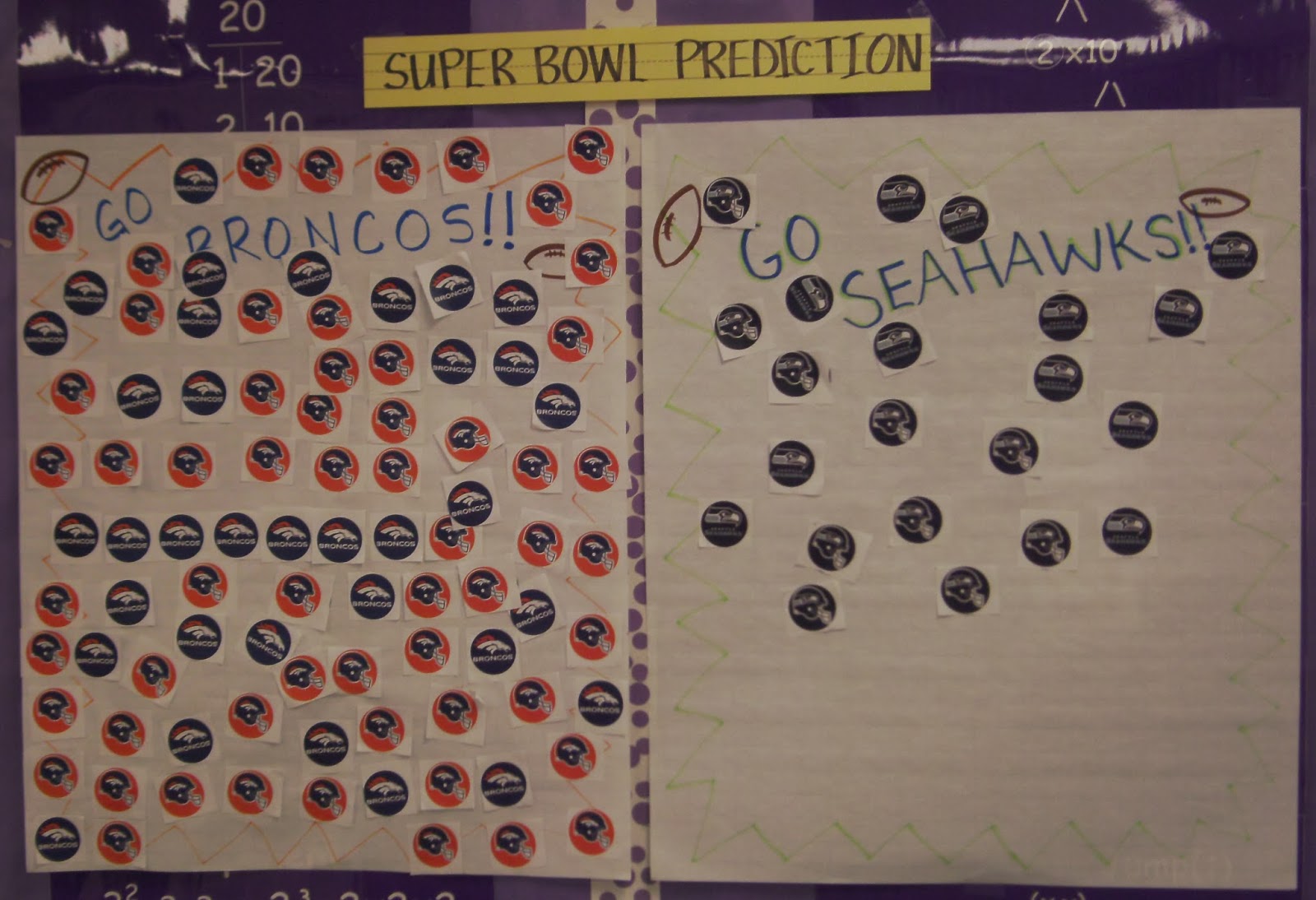 It's obvious who my students are rooting for. I love how some of them chose their team. "Well, I like the horse more than the bird." "I don't like orange, so I am going with the team from the sea". Obviously, those were the kids bored to death. The ones who love football were very vocal about who they think will win. One girl told me, "My dad will kill himself if the Seahawks win! Seriously, Mrs. Hodges, he is obsessed!"

Honestly, I am very torn about who I want to win. I seriously want Peyton Manning to win. I think he is awesome and has had an amazing year.

I really like the Seahawks too. I love their colors, yes, I love football, but I am still a girl. Plus, I love that they are the 12th Man. The Texas Aggies are the original 12th Man though. The Seahawks had to get permission from Texas A&M to use that saying. Oh yea! Gig Em'!

Then, I found out they have a deaf player. Derrick Coleman has been deaf since he was 3 years old and he is playing in the SUPER BOWL!!! What an inspiration.
My eight year old is hearing impaired, so this tugged at my heart. I can't watch it without tearing up. Just a note: He is rooting for the Seahawks.

I showed this clip to my kids and one girl said, "I want to change my choice. He deserves to win!" For sixty seconds, my room was the most silent it has ever been.

Here's another clip about his story. Seriously, I am becoming obsessed with his story. I am in awe!


My prediction though: Denver wins by 3 points.

Today, we celebrated Groundhog Day. Yep, I celebrate this wacky holiday. It's a big deal in our house with my husband AND my sister's birthdays. This year the Super Bowl just makes it even sweeter.

These are the charts we made predicting what the groundhog will do. 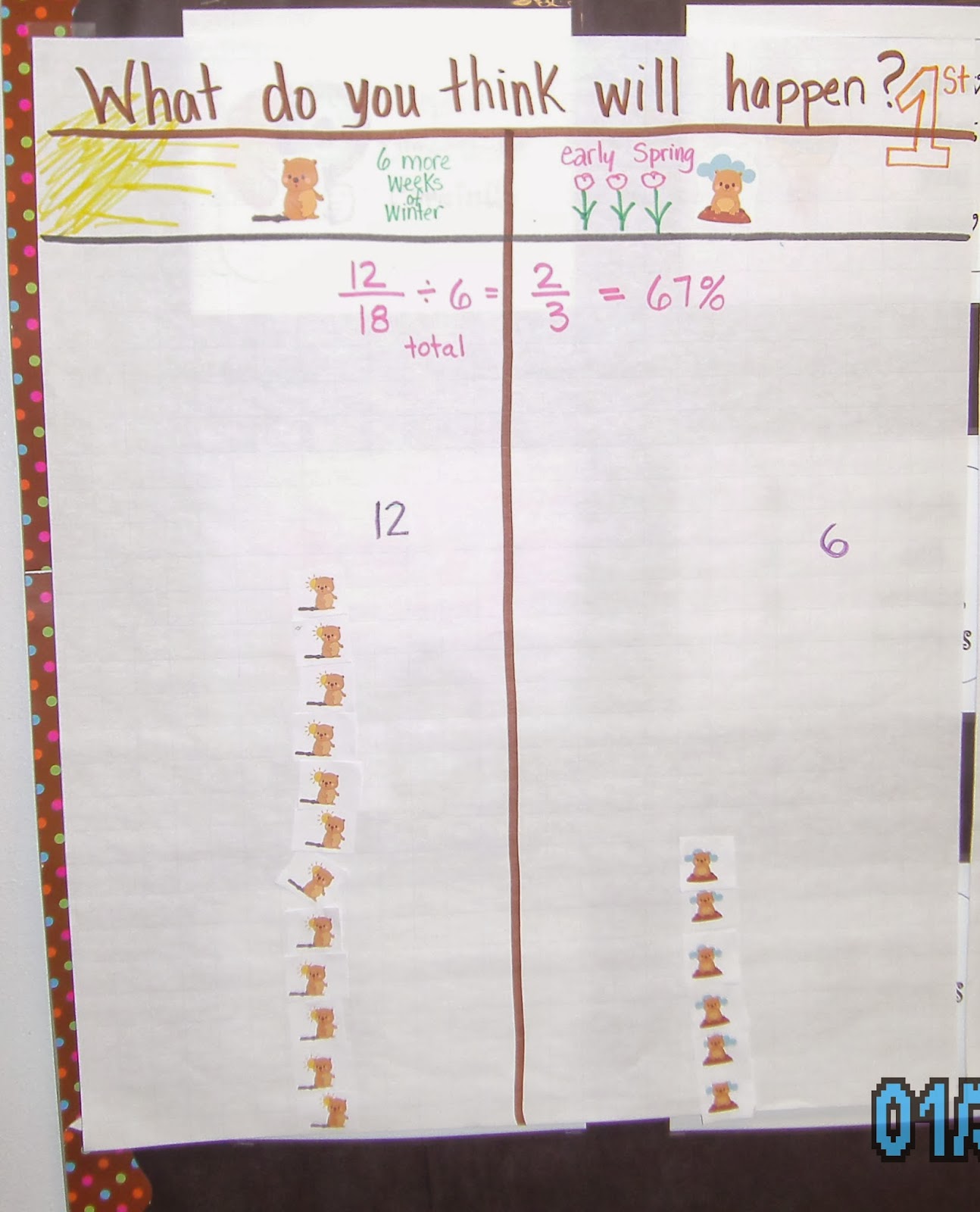 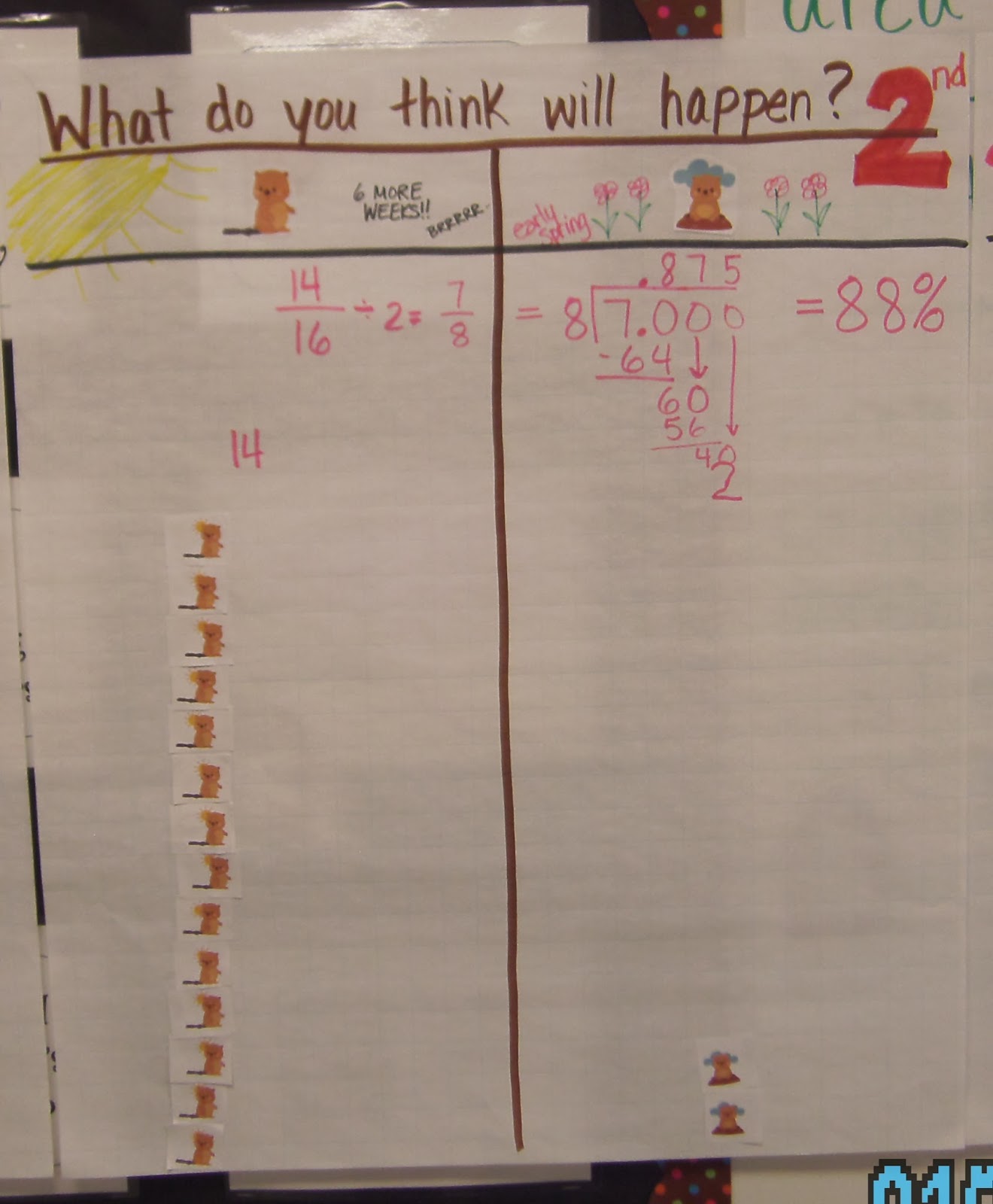 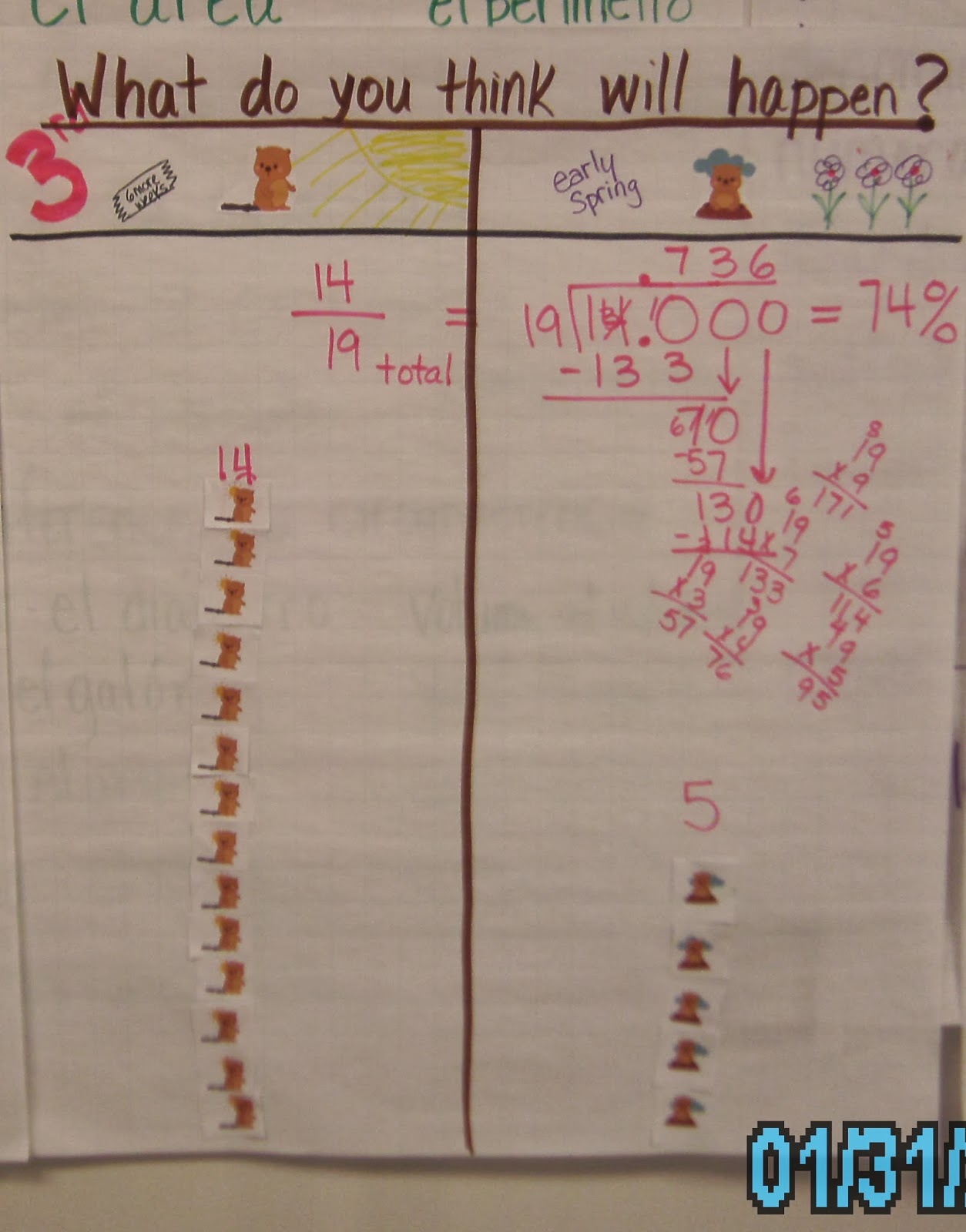 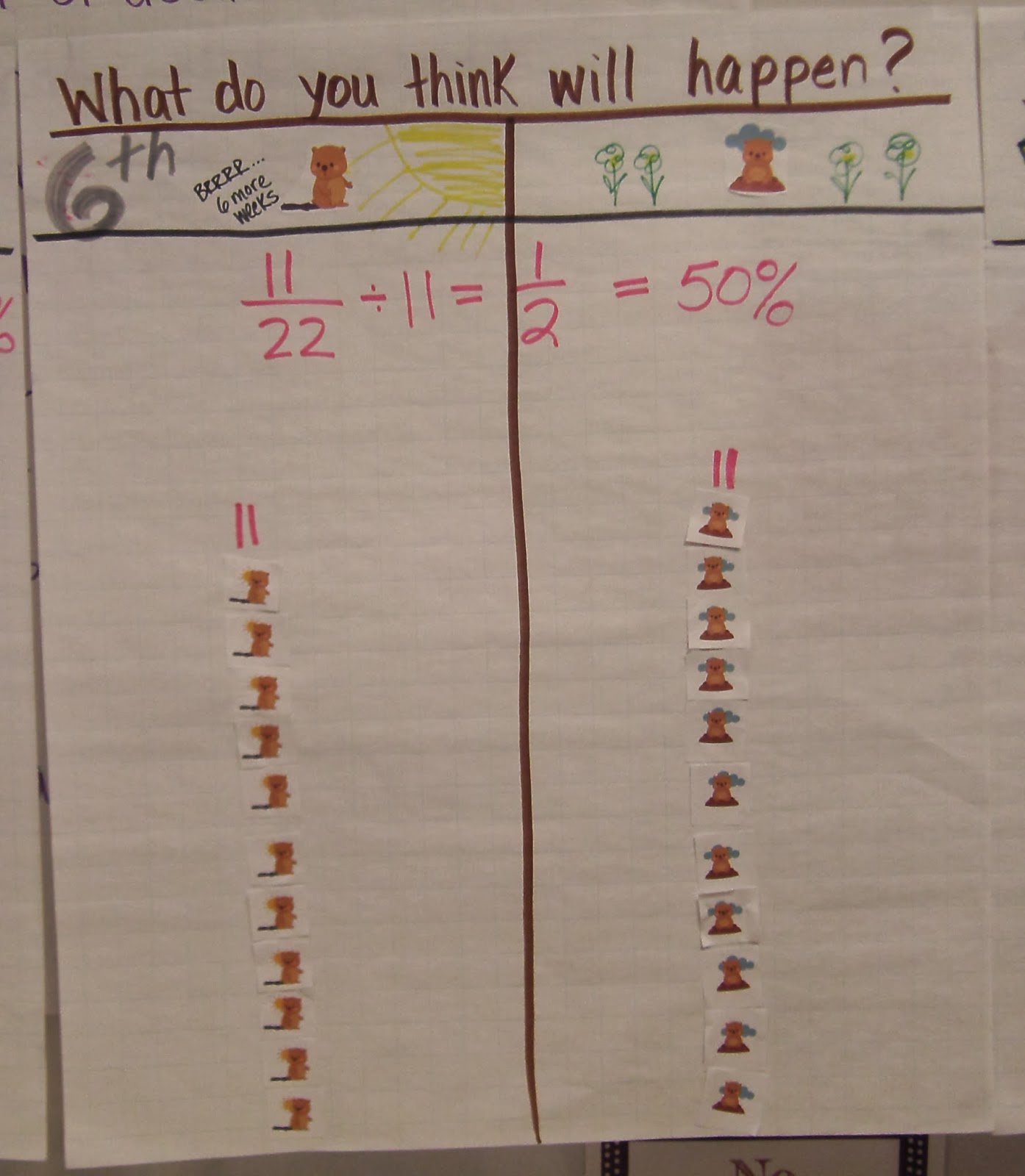 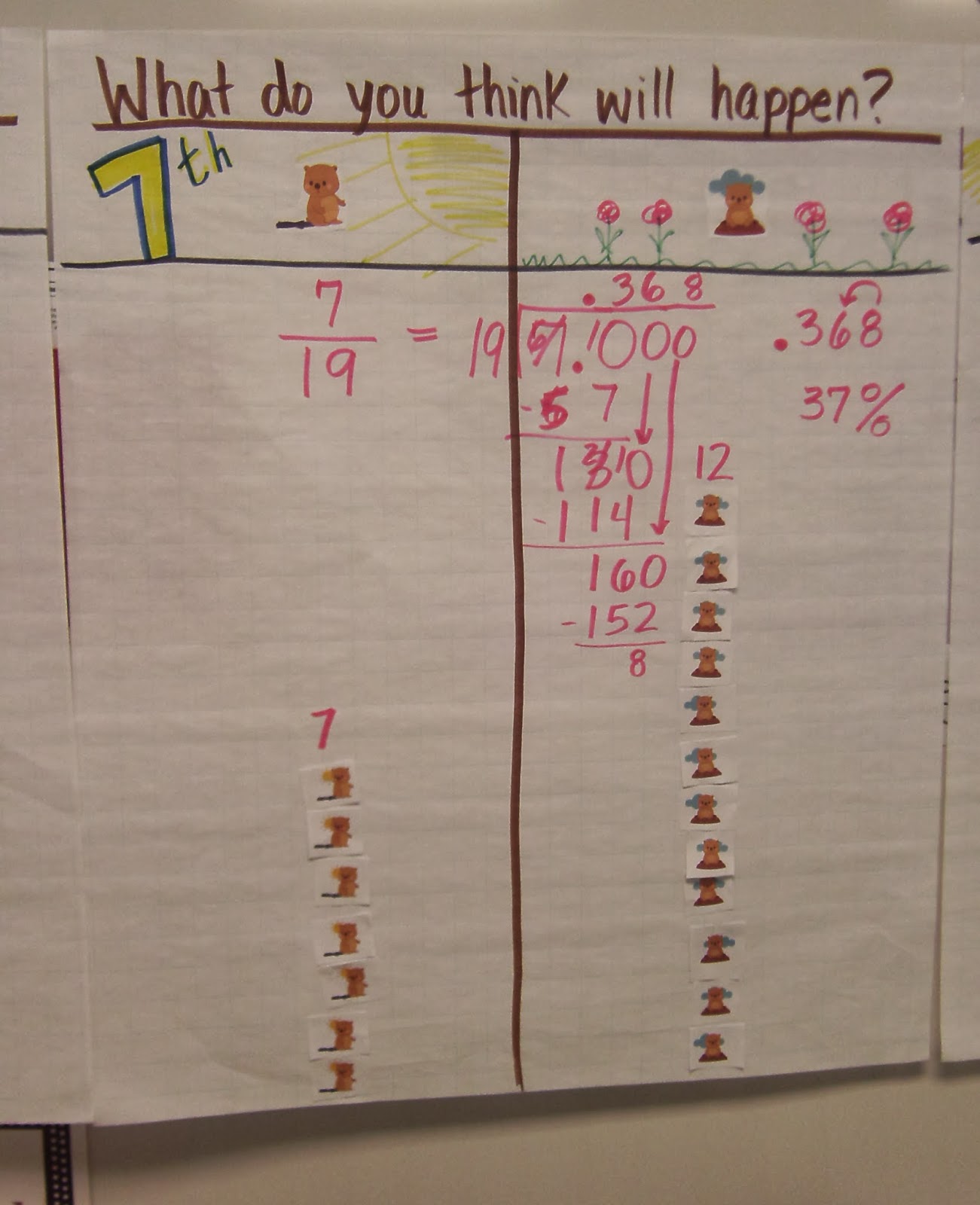 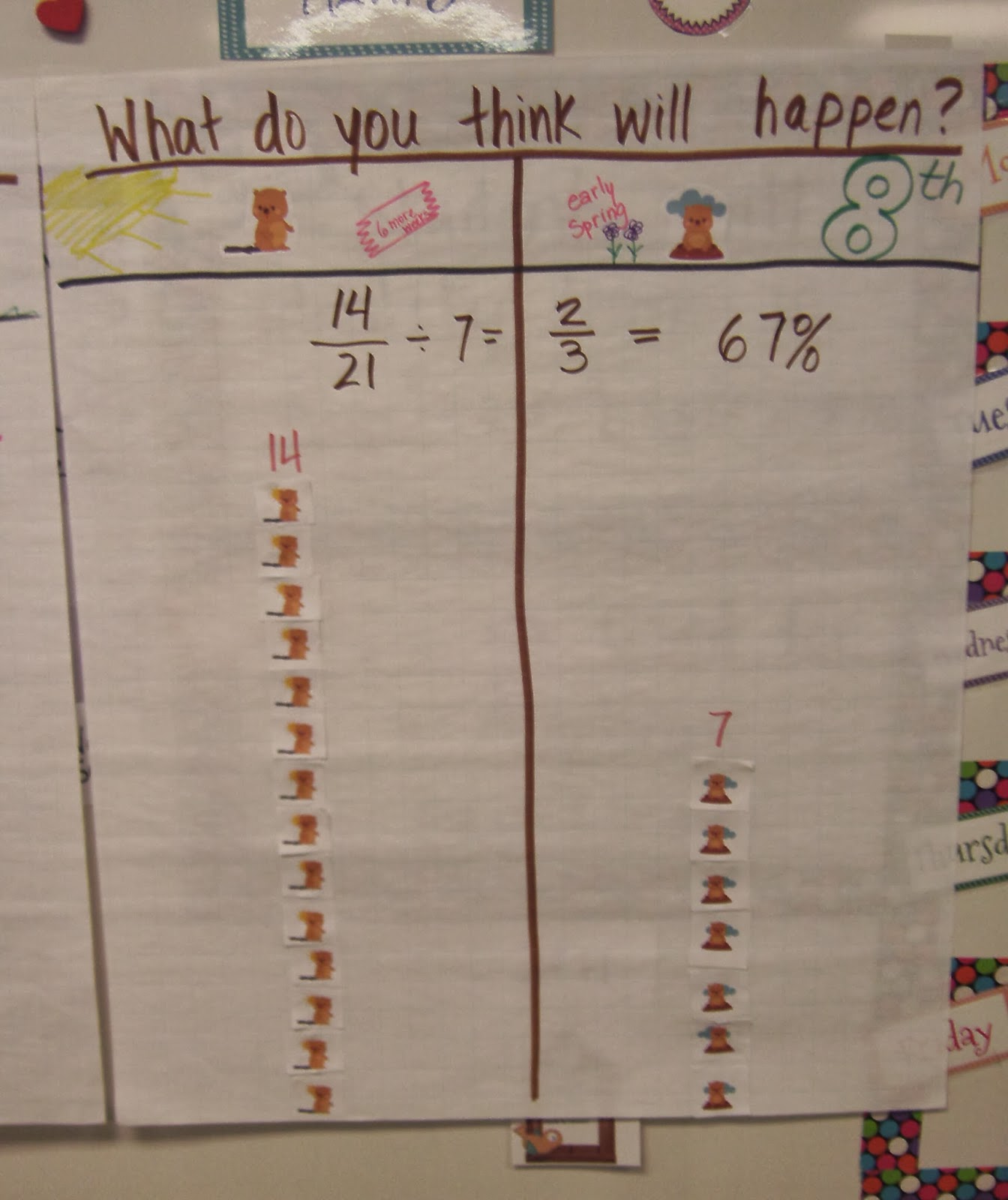 My students apparently think the groundhog is going to see his shadow. Winter has been harsh, I hope not!

I also received the BEST PENCIL SHARPENER EVER in the mail this week. I won this from Holly & Joanne's Giveaway earlier this month. It's the quietest and it really makes the pencils crazy sharp!!! You have to check this out at Classroom Friendly Supplies. 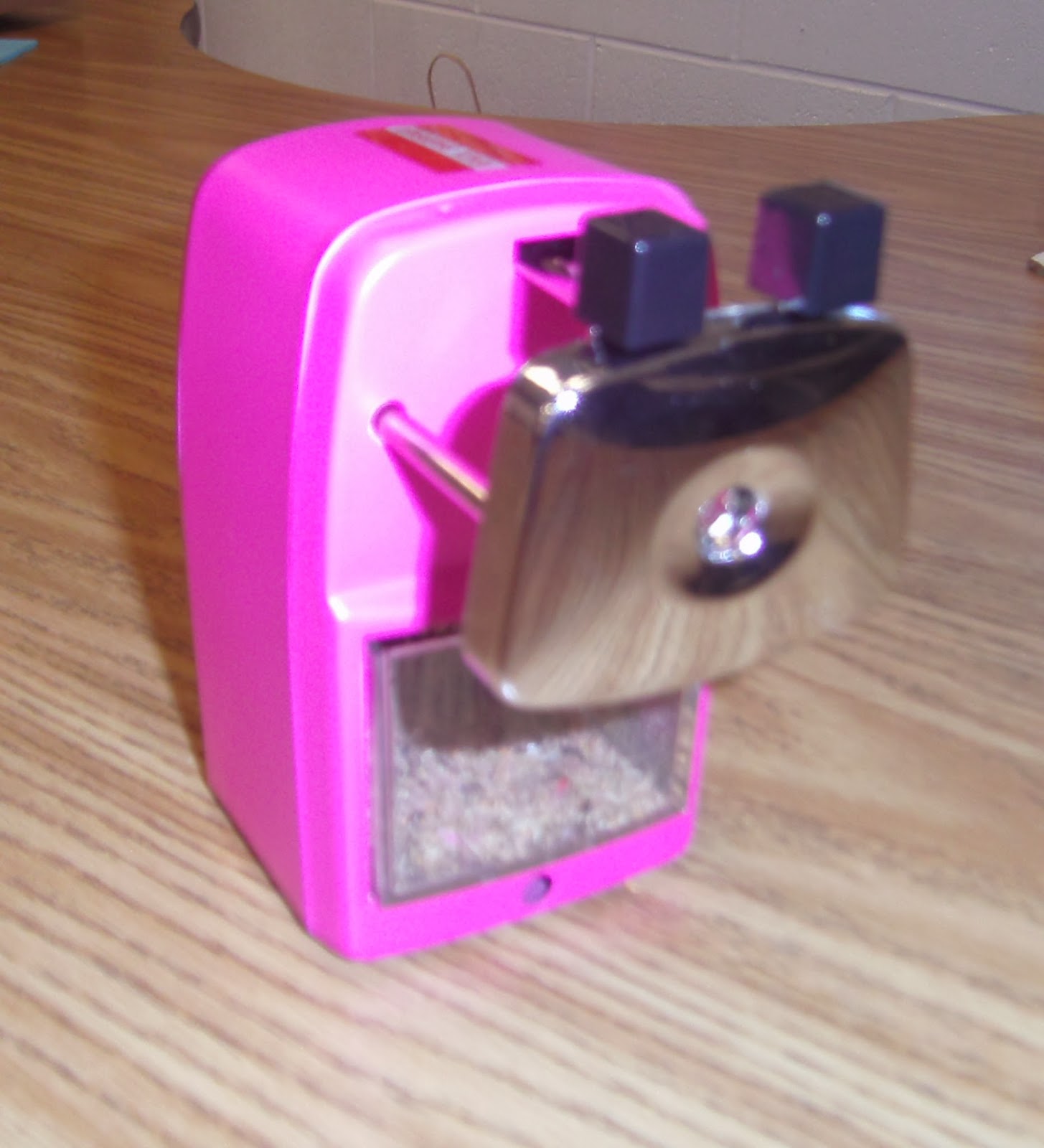 I showed my kids how it works and they are in awe.

I predict this will become a problem in our classroom. Today's the first day and they are using it out of curiosity, I know. I will have to create some rules and guidelines for this sharpener, or I predict it will drive me insane.

Posted by Elizabeth at 3:54 PM